These are my posts about keyboards and other input devices. Archive for 2021.

Simply type all the keys and shift, alt, alt+shift combinations and then you can print out an overview of your keymap for easy reference. (Or make a PDF, or take a screenshot, of course.)

Works best in Safari on the Mac, but most keys will be detected correctly with other browsers / operating systems, too.

(This is Apple's "ABC - Extended" layout, formerly known as "US Extended".)

As most people who’ve used a keyboard in (another) European country can attest to, all the other countries use really crazy keyboard layouts. An effort like EurKEY tries to solve this by coming up with a keyboard layout that works for all latin script languages. Apple’s ABC Extended (formerly US Extended) is also a pretty good effort.

However, coming up with a really good keyboard layout is pretty easy. Getting people to abandon the keyboard layout they’re used in favor of a “better” one to is the big problem. (Insert old joke: standards are great, there are so many to choose from!) So what I wanted to do is come up with something that works for people who find themselves behind a foreign keyboard, but also those who appreciate having a layout that makes it easier to type their most-used language.

A new life for the 2003 Apple Wireless Keyboard

Back in 2003, Apple released the Apple Wireless Keyboard:

(Not to be confused with later keyboards of the same name that look like laptop keyboards.)

The keyboard still works with an ancient MacBook Pro, but it won't pair with anything from the 2010s. That's too bad, because I think it looks pretty nice. So I decided to see if I could bring its essence into the 2020s by transplanting the keycaps to my Drop CTRL keyboard.

Eight years ago, I wrote Why I use a 20-year-old IBM Model M keyboard for Ars Technica. And now, after a slight (well, five-year) hiatus, I have a new story on Ars, about my new mechanical keyboard. 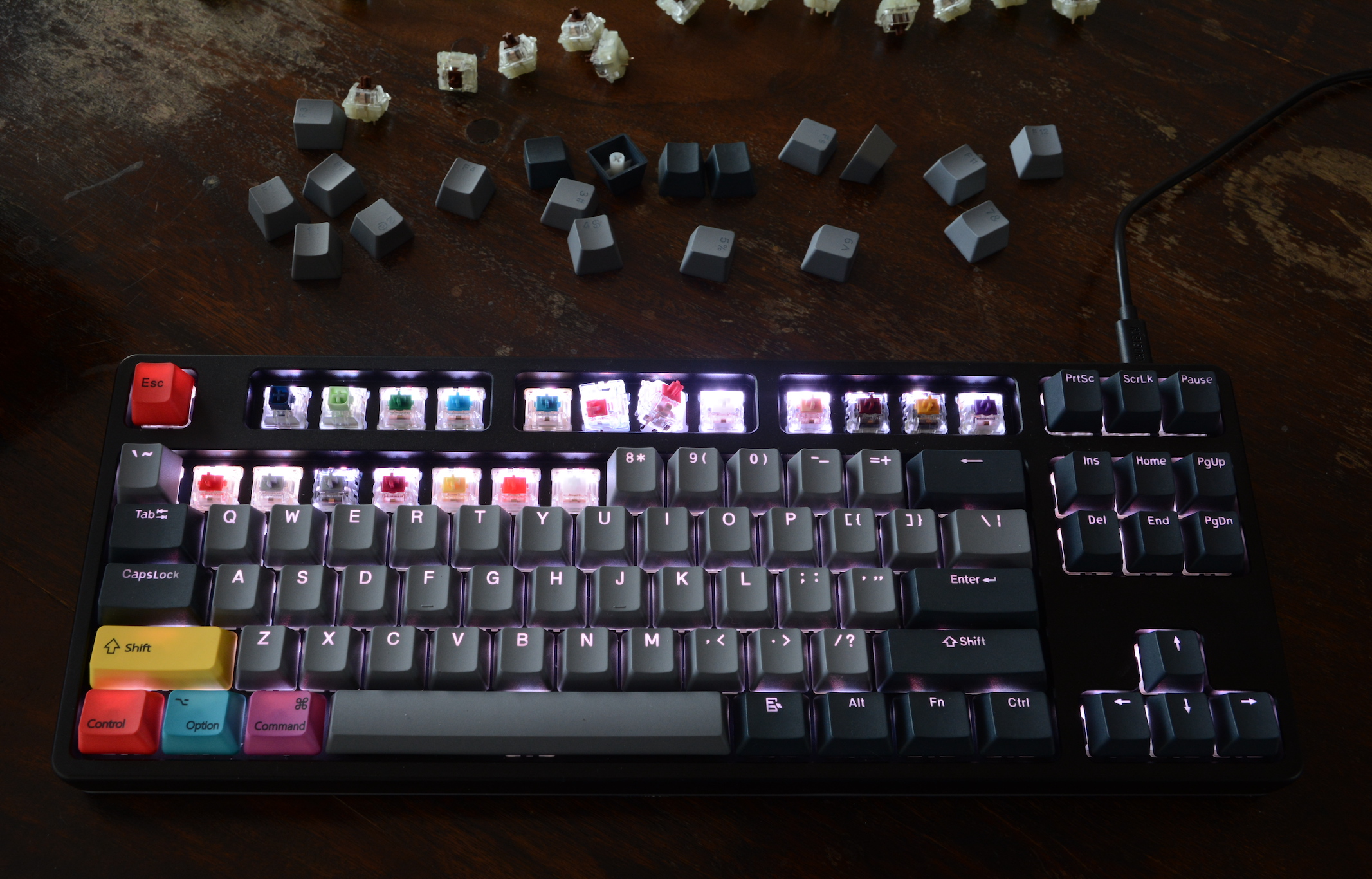 I did it again... I made another keyboard tester

The other day I noticed how dirty my VT420 terminal's keyboard was, so I decided to take off the keycaps to clean them.

Then of course it's always good to put the keycaps back where they belong. That's a task made a lot easier with a keyboard tester app such as the online one I made a while ago. However, I don't think the VT420 supports the latest Javascript features...

So I whipped up a command line keyboard tester: kbdtest.php. Save the page, rename to kbdtest.php, then run with ./kbdtest.php. Works on the Mac, haven't tested other systems. 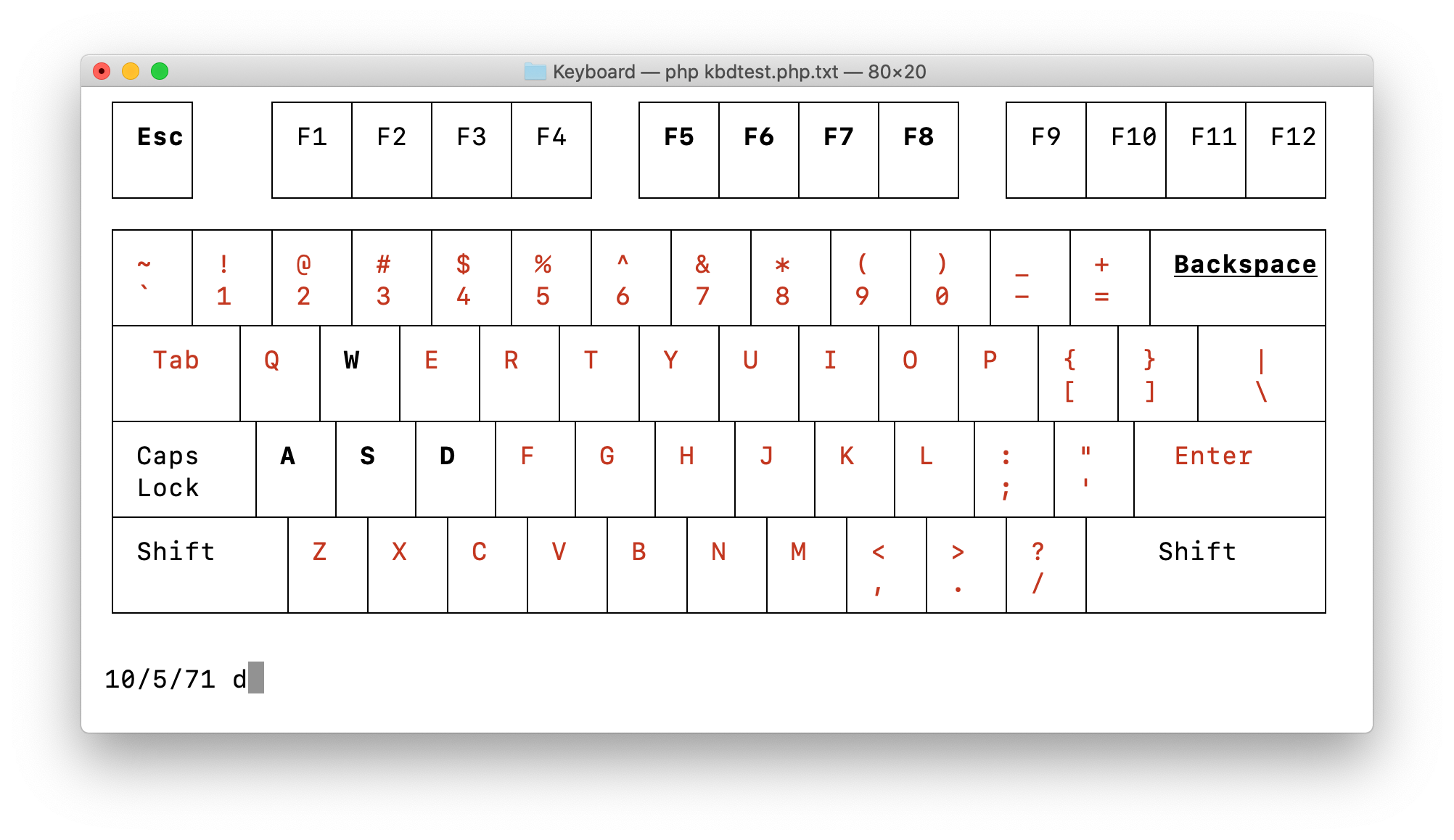